It's that time of the week again where I get to share with you something special that I have been working on. I am really excited to share this project with you. I LOVE how it looks in my house and am in the process of completing another one.

I can't take the credit for this fabulous idea because I actually saw it in a little store a while back. For some reason certain ideas stick in your head...maybe because it was such an awesome idea!! Anyhow I have all these lampshades floating around my house and I always see blogs and ideas on pinterest to cover them with fabric, paper, or stencil on them. Now I have tried a few different ways and nothing has ever turned out for me, I don't know if it because I don't like the look of it or I don't know how to do it correctly, either way I had to figure something else out. So I took some chicken wire, as I saw at that adorable little store, and took the original fabric and lining off of the shade. I worked in sections to make it more manageable. If any of you have worked with chicken wire it pokes, scratches and cuts you so the smaller the pieces the easier it is to work with. As far as a tutorial goes to explain the process you just have to wrap the wires around the frame and use pliers to make sure they are secure with no loose ends to cut you. Also just as a little final touch I added a flower clip that I had originally purchased to make for my daughters hair. As you can see it never made it that far, but i just adore how it adds a little femininity to the shade.

I placed the chicken wire shade on an antique lamp that I found a few years ago...just sitting in my basement waiting for it's time to shine.  I just didn't know what kind of lampshade to put on it because I had bought it without one and for some reason I am really particular about that. I placed this finished product on it and found a perfect place in the house for it!! Hope the rest of the week treats you all well.

Here is how the lampshade started off...pretty rough looking if you ask me. 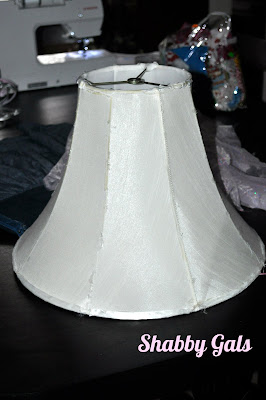 Here is a picture of it without the fabric and lining on it...I like it better already! :) 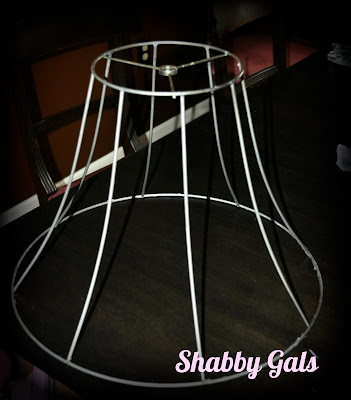 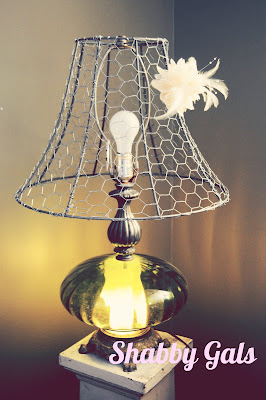 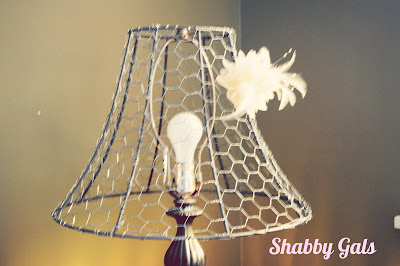 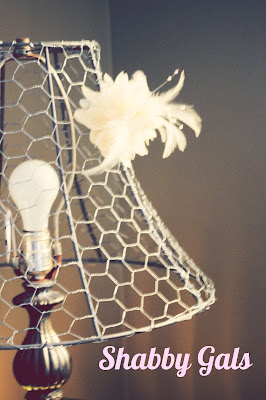 Posted by shabbygals at 3:42 PM